You may not necessarily associate Japan or other areas of Asia with fine wine, but as we investigate in the latest feature here at the Octavian Vaults blog, Koshu could well emerge as one of the standout grapes to look out for in the future.

As part of a series of guides designed to give wine lovers all the information they need about their favourite pastime and passion, we examine Japanese wine and recommend a few to get your started, should you be new to Asian wine. 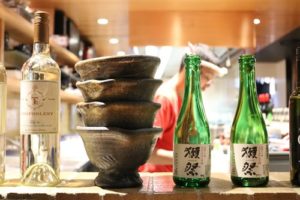 What is Japanese Wine?

If you have ever been to Japan or even a decent Japanese restaurant then the booze you may be familiar with is likely to be sake. Served with a range of typical Asian dishes, this rice wine is enjoyed around the world but it is actually produced in a fashion more akin to beer than wine, meaning that is rarely referred to as wine and certainly not a fine one.

Instead, a typical Japanese wine is more likely to have been made using the country’s national grape, Koshu. It has actually been around for some time (more than a century, in actual fact) but fairly under the radar and is therefore rarely reviewed by fine wine critics here in the UK or across Europe. In fact, distribution is still a little tricky to this day, resulting in the grape still being fairly unknown in the western world.

There is one producer however, who have built up quite a reputation for making great Japanese wine. They are called Grace and we have picked out a few bottles that you may find to be palatable and even encourage you to investigate Japanese wines a little further.

As we discuss shortly, Yamanashi is a very prominent area for Japanese wine making and this wine is very typical for the region. Sophisticated and gentle, the wine exudes apple flavours and bright acidity. As one would expect, this wine goes excellently with shellfish but would be an equal foil for chicken and other white meats.

This wine is lovingly grown in the foothills of Mount Kayagatake and all grapes used in its production are handpicked the previous September, then fermented and aged in stainless steel. Like its other Japanese counterparts, the Katsunuma has strong citrus undertones and in a typical Koshu style, one can pick up definite notes of stone fruit. Lees, creamed rice and lime have also been known to come through from this one meaning it goes perfectly with lighter, summery dishes. 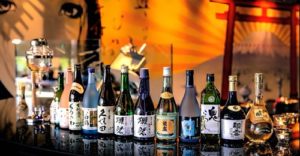 In contrast to the last entry, the Hishiyama is a lot softer on the nose than other Japanese wines and these grapes have been grown at an altitude of around 500 metres. They are picked by hand in early October each year and again, fermented in stainless steel casks. This wine is less rich than its cousins but this makes it that little bit more quaffable, if your heart so desires of course.

The Koshu grape is one that has developed over the last thousand years. It is the by-product of other grapes that had travelled the Silk Road across Asia from the Caucasus to China and then eventually across to Japan.

Today, the grape is grown primarily in Yamanashi Prefecture as the climate here is extreme, lending itself to optimal wine production. Intense heat in the summer months followed by cold evenings and chilly winters as well as well drained volcanic soils make the area pretty much perfect and this is the reason for so much Koshu emanating from the region.

The first official records of wine making in the region are from 1874 in Yamanashi Prefecture’s Kofu City and it is thought that widespread production started in 1879. The Dainippon Wine actually started sending their young winemakers to France around this time in order to learn their trade properly and following the end of World War Two, production in the area increased significantly. There are now more than eighty different wineries in the Yamanashi Prefecture area.

We hope that this guide to Japanese wines has helped you to realise that Asian wine could well be worth your attention. You can buy the above bottles online fairly easily and should you like them, a trip to this part of the world is never regrettable. Next time you’re at a Japanese restaurant of suitable ilk, why not test your sommelier by asking for something from the Grace vineyard; you never know!