The Most Impressive New Wine Releases From 2017

As most fine wine aficionados will know, it can take several years for experts to establish the best vintages and often, experts across the world are divided on the most impressive wine releases. Wine is of course a matter of taste but generally, the most reputable sommeliers and wine experts will come to pretty similar conclusions.

Thankfully, our very own wine experts here at Octavian Vaults have been on the case and as we approach the end of 2018, there has been ample time to come to some fairly sound decisions about the new wine 2017 saw flourish. Of all the new wine releases last year had to offer, these are the ones we think you should be considering for your collections, cellars or even just your next gathering. 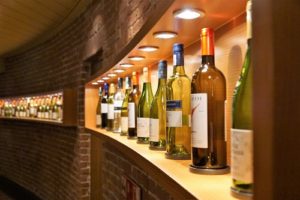 You will often hear us recommending Barolo here at Octavian and this is for a good reason, when it comes to fine red wines there are few better. This lively number from Elvio Cogno’s son-in-law no less was absolutely one of the stand out emerging wines from last year, having matured nicely since its production in 2012. This wine has everything you would expect from a rich red from Italy; silky, powerful, soft tannins and just enough acidity, we were pretty much hooked on the Bricco Pernice last year. This has been described as a time capsule of a wine by its producer, and we tend to agree.

This isn’t just a guide to Barolo, we promise. But we are writing about what we deem to be the best wine releases from last year, and this wine was certainly one of these. The Lanzavecchia family have been creating wines of superb calibre for generations and their Barolo offering tend to dominate, especially in their homeland. Now seven years old, the Villadoria was perfectly poised to perform during 2017 and that it did with aplomb. Although still classed as a baby in Barolo terms, its elegant red cherry flavours and earthy undertones meant that it came to prominence even earlier than wine critics has expected.

Moving from Italy to Spain, this wine has actually been around for over a decade but 2017 was its year to really shine. This producer held their wine back until they were 100% sure it was ready for consumption, something we applaud and the results have spoken for themselves. Made in the stony earthed, high altitude vineyards of Spain, this Gran Reserva is reminiscent of a classic Burgundy but with a flavour that is unmistakably Rioja. Tart cherry flavours complement the tobacco and leather undertones you often get from wines emanating from this region and it is quite stunning to behold.

If you were in any way associated with the wine trade last year, ignoring this superb product will have been impossible. Reassuringly expensive and worth every single drop, this is actually made from Chardonnay believe it or not which may well come to the chagrin of champagne purists, but we challenge you to drink it and not be blown away. All the perfume and depth one would expect but finished with an ideal level of acidity, this is best described as a Grand Cru Chablis with bubbles and would make any party ooze class and sophistication. This is our one white offering in our list of the best wine releases of 2017 buy very possibly the best.

Let’s finish our list with a Chilean Cabernet Sauvignon, shall we? The Antiyal was produced by one of the very best wine makers in the country and nothing really epitomises the region more appropriately than a cab sauv. It is rich and soily and of course exudes black fruits, violet and herbs; the reason why wines such as the Pura Fe tend to be so popular at restaurants and dinner parties alike. This wine really started to fulfil its potential last year, just three years after its production which really tells its own story and we can’t recommend it highly enough.

These are the Octavian Vaults top picks for 2017 but as you are likely to know, it was a stunning year in terms of fine wine production so this is really just the tip of the iceberg. If you enjoyed this article and would like to learn more about the sector, or perhaps our wine cellarage facilities, then be sure to take a look around our blog and indeed the rest of our website.