Where Did Wine Originate?

The story of where wine originates from is a fascinating one and a debate that has raged on for many millennia, still without a clear and conclusive answer. To be honest, the version of events will differ greatly depending on where in the world you are from as the beverage of wine appears in stories from thousands of years ago and in many different forms.

But, in the latest feature from Octavian we look to dispel a few myths and establish the best answers we can regarding the history and origins of wine.

Where Did Wine Originate?

Having spent many an hour sifting through all of the most authoritative resources we could find on the history of wine; the Octavian team is fairly confident that wine originated in Central China.

The first traces of a wine like beverage were found in a village called Jiahu and it is thought to have been made by mixing grapes with rice and honey, both of which will have been readily available in the region at the time.

According to scientists, this first iteration of our favourite boozy beverage could have first been produced up to 9,000 years ago, showing that it’s not just today that the Chinese have been at the forefront of technological advancement. 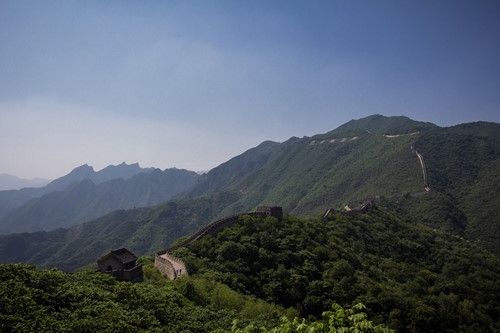 What Is The European Origin of Wine?

Like most things since the history of time, these wine production methods are likely to have spread very quickly due to trade, exploration and or course, foreign invaders. The Chinese and Mongolian armies were pretty prolific at this time and their wine, which could have been made by chewing and fermenting rice kernels, could have spread west in this fashion.

The first signs of wine being produced here in Europe is actually in what is now modern-day Armenia and Georgia.

Although there have been small signs of this taking place in France and Greece, a site at Areni 1 in Armenia has shown signs of a facility built purely for the mass crushing of grapes, jarring the produce and then fermenting this in order to make vast amounts of what could well have been the world’s first proper wine-based beverage.

The common grape in this region is called Vitis Vinifera (you can see where terms such as vino came from!) and has been found in mud brick buildings in this area and also Iran.

The History of Global Wine Production

The only way to really conduct this research is from an archaeological point of view, as going of literature can be misleading or even false. We all know the Romans, Vikings and even monks here in the UK, were producing wines around two to three thousand years ago, but the aforementioned discoveries show that tribes in China were intentionally making intoxicating liquor far further back into the annals of time.

Indeed, although the producers of these very first wines will have enjoyed the results of drinking their tipple, there is strong evidence to suggest this could have been used for medicinal purposes too.

The Egyptians certainly agreed with this ethos.

There is strong chemical evidence to suggest that vessels of an alcohol-based liquid was placed in the tomb of Pharoah Scorpion I. Grape wine most likely sourced from the Jordan River Valley has been all but confirmed to be present and this could have had a range of purposes from superstition or to keep evil spirits away from the Pharoahs corpse.

There are documents available that suggest that the Egyptians were well aware of chemical compounds present in many plants that aided the fermentation process and used these on their skin also, suggesting their empire could have done a lot to revolutionise the spread of alcohol production.

Still today, we drink through a cold or perhaps a niggling injury only to find our symptoms numbed albeit temporarily and with less medicines and remedies available back in the day, this is likely to have been even more the case thousands of years before Christ.

Patrick McGovern, Biomolecular Archaeologist at University of Pennsylvania Museum of Anthropology and Archaeology states that; “Alcohol was the universal drug,”

“It’s a mysterious beverage that tastes good and provides energy; it’s a social lubricator with mind-altering effects, and it has all these medical properties.”

As we have discussed, nailing down when the very first individual fermented grapes in order to create wine is almost impossible due to the fact that literature as we know did not exist 9,000 years ago but from this research it does seem that we have a lot to thank our Chinese and Eastern European cousins for in this respect.

We hope you enjoyed our guide to the origins of wine, there is of course a wide of further resources available on this fascinating topic and we are still learning more and more every year through excavations and discoveries.

Come back to the Octavian blog soon where we will be covering every aspect of fine wine from cellarage, to investment and the latest wines to emerge onto the market.